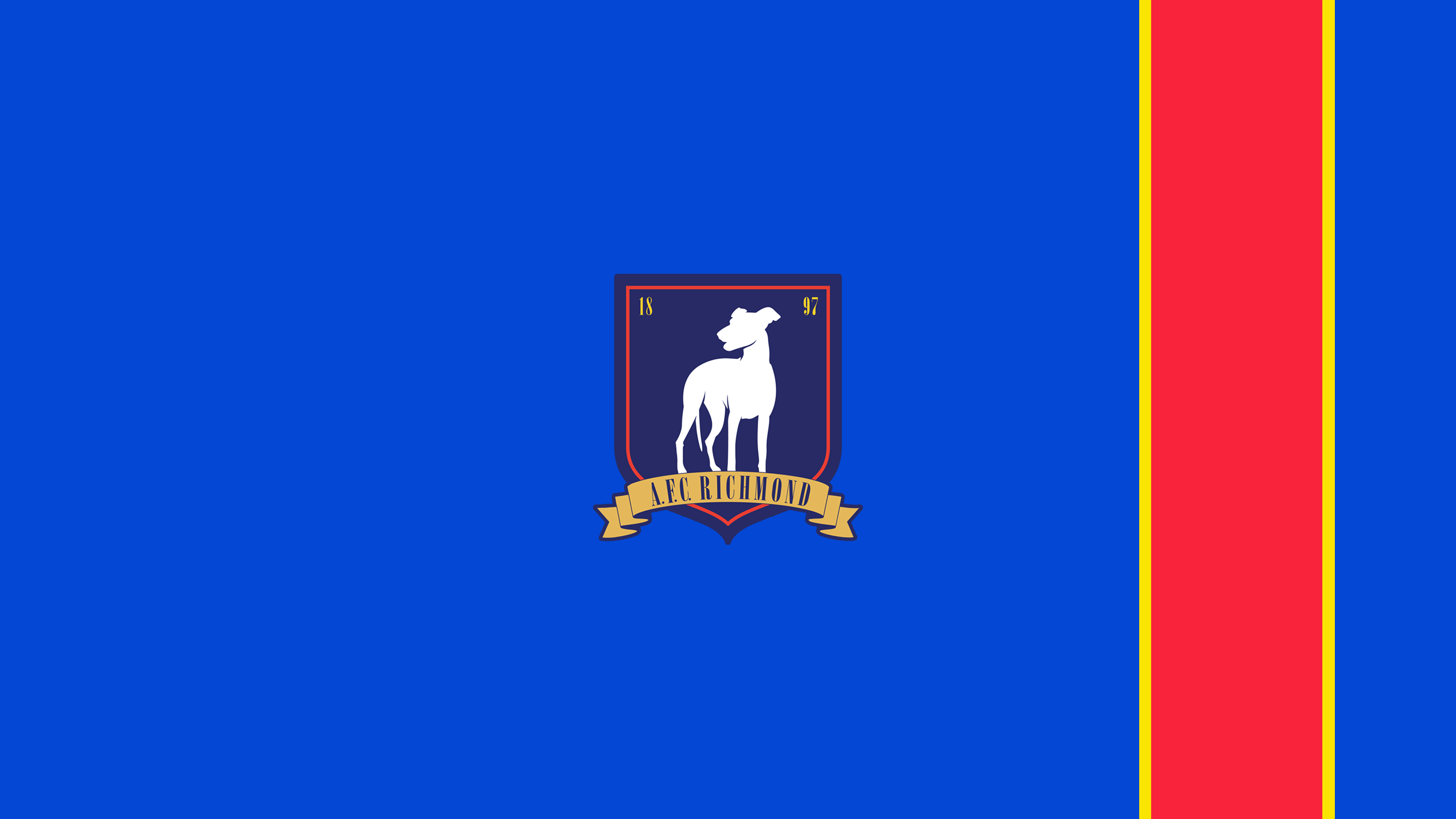 As with many folks out there binging anything worthwhile on TV and streaming services, I finally got around to watching Ted Lasso on Apple TV+. When I first saw the promos and trailers for the series, I was as skeptical as many other folks out there. The history of television shows that have mutated from advertising campaigns (NBC originally used the Ted Lasso character to promote their coverage of the English Premier League football) is not a pleasant story – see: ABC’s Cavemen via Geico. Yet somehow, Apple TV+ and the show runners have figured out something that works – what a fun, enjoyable, and entertaining series.

So, in honor of the show and its fictitious EPL club AFC Richmond, and the fact that I have a disturbing habit/hobby of making desktop wallpapers of actual EPL clubs, I share with you AFC Richmond Home and Away desktop wallpapers to be downloaded and used to your heart’s content. Like all the others I create, the wallpaper dimensions are 2560 x 1440 pixels and you can drag/drop or download them right to your desktop. You will also be able to find these in the “Television” tab of the Movies, TV & Misc. collection of Wallpapers on my site.

For the AFC Richmond Home kit, I created two versions – one with the red/yellow stripe offset right to mimic the actual kit layout in the show, while the logo is in the center of the wallpaper. The other version has the red/yellow stripe centered with the logo, to mimic how the logo overlays the stripe on the show’s kit. Different folks will have different preferences, so I thought I’d just do it both ways.