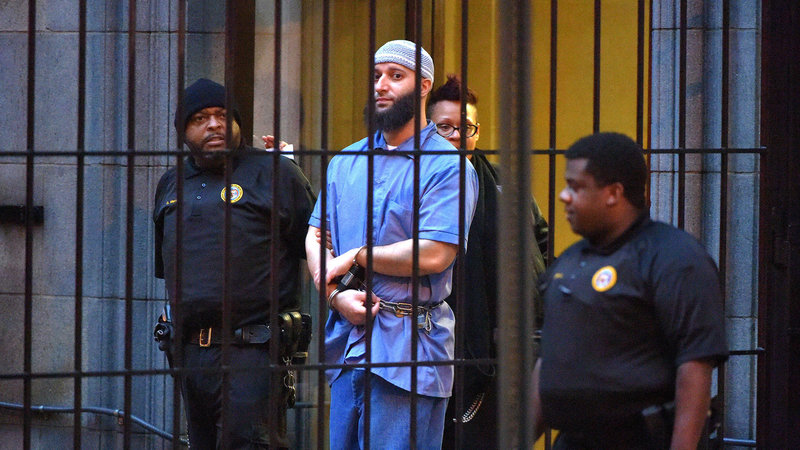 Back in 2014, the podcast Serial became an internet sensation as it broke down with great discipline and specificity the case, trial, and subsequent conviction of Adnan Syed for the murder of his girlfriend Hae Min Lee.

The publicity and the serious, legitimate questions raised about Syed’s conviction and trial as a result of the podcast was so great that Syed’s case was re-opened and eventually he was granted the right to a new trial by the state of Maryland.

But on Friday, Maryland’s highest court, the Court of Appeals, ruled in a 4-to-3 decisionthat while Mr. Syed’s defense lawyer had been “deficient” in not calling a potential alibi witness to testify during the trial 19 years ago, ultimately Mr. Syed was not “prejudiced” by that deficiency.

I am not a lawyer, and my only exposure to this case was from the Serial podcast, however it would seem to me that if the defendant’s legal representation was referred to as “deficient” by the State of Maryland’s Court, then that would be grounds for a new trial. If key witnesses that were able to verify and legitimize critical facts and timelines in this case, then those people need to be heard.

I honestly don’t know, and don’t have a strong opinion about, whether Syed is innocent or guilty. What I do know is that there were enough questions raised by the Serial podcast that brings to light way too many leaps of faith that were taken in the original trial and conviction of Syed. As we have seen so many times over the years, corruption, prejudice, and hidden agendas can sometimes win the day within the Legal and Court System and you do do have to wonder if there is an over-zealous DA trying to keep the wraps on a very high profile case that would possibly expose a lot of dirty laundry in the state legal system of Maryland.