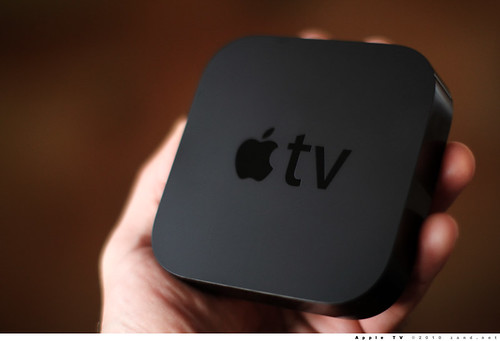 Actually, I already have it. And I love it.

I’m bringing this up because Crunchgear reported that ATV has sold ~2 Million In about 7 months. Clearly I’m not alone.

What I’m liking is the on demand element of the service. Whatever I want to watch is only a few clicks away. Its seamlessly integrated with Netflix, YouTube and many of the top video podcasts out there. I can easily buy/rent movies from iTunes, although Netflix somewhat solves for that. And it enables me to connect to online services like Flickr and other “cloud” services. One big downfall has been the lack of support for “have to watch live” events like sports…but that was recently solved with MLB.TV and NBA League Pass announcing deals with Apple where you can stream any and all league games via Apple TV. For someone like me who’s a Red Sox/Celtics fan living in pseudo – enemy territory (New Jersey…but I do like the Knicks. Long story.), this is a huge win.

But what really pushes it further for me is the seamless integration with the iOS “ecosystem”. Drop a movie in iTunes, and you can easily stream it to your TV via ATV. Want to listen to your music in your TV room via your surround sound speakers, just navigate to your music library and hit play.

I’m not going to get all “tech pundit” on you and say you “have to get it”. Go get a Roku box if you prefer. But go try it. Its only around $100 for either ATV or Roku. You won’t be disappointed.