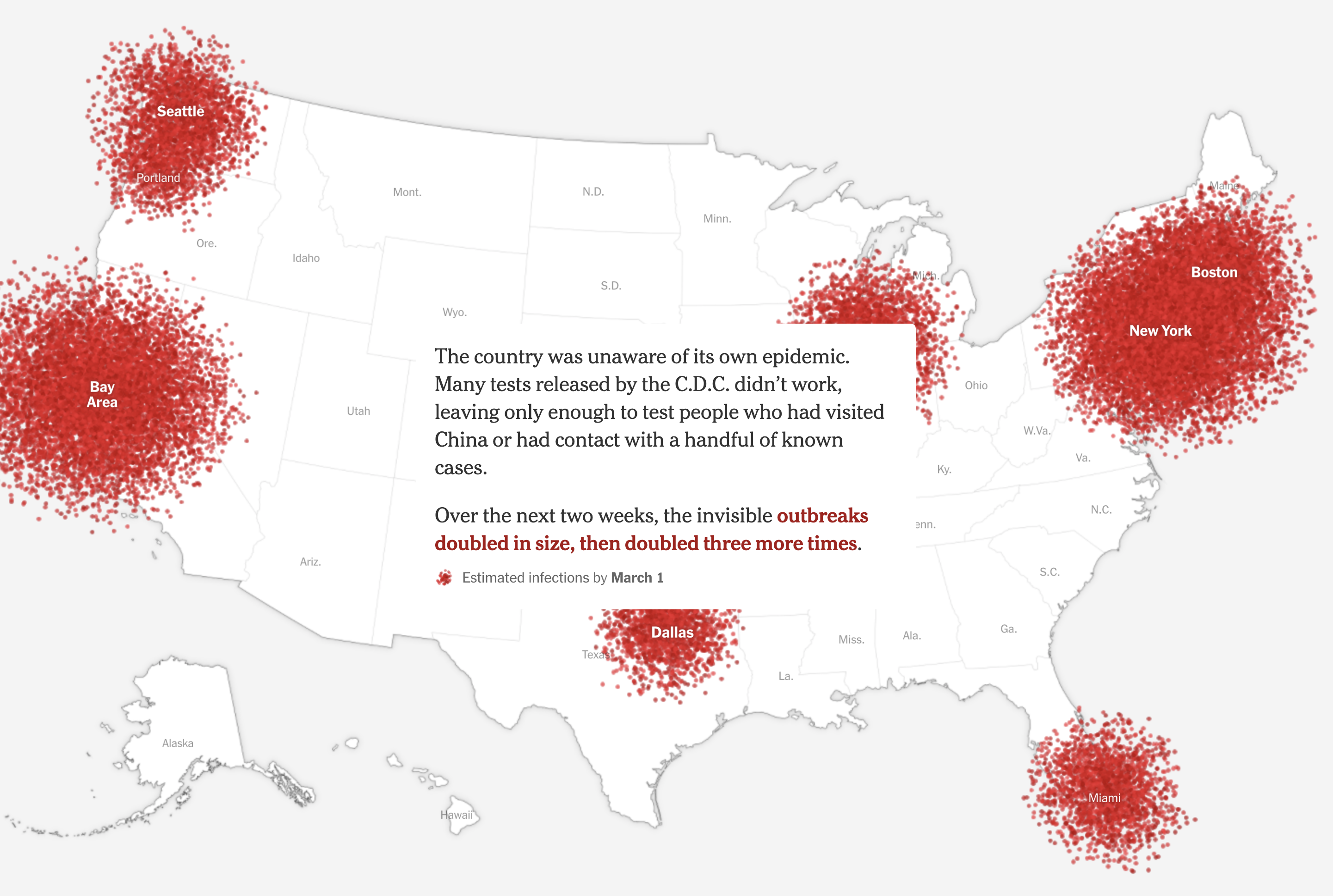 The NY Times with a really amazing piece on their site that takes you step by step from the first two cases of COVID-19 in mid-February 2020 through to the disaster that is unfolding in front of our eyes.

We traced the hidden spread of the epidemic to explain why the United States failed to stop it. At every crucial moment, American officials were weeks or months behind the reality of the outbreak. Those delays likely cost tens of thousands of lives.

And then after that, our elected leaders encouraged people to travel around the country and in doing so, accelerated the spread of the disease.

Top federal health experts concluded by late February that the virus was likely to spread widely within the United States and that government officials would soon need to urge the public to embrace social distancing measures, such as avoiding crowds and staying home.

But Mr. Trump wanted to avoid disrupting the economy. So some of his health advisers, at Mr. Trump’s urging, told Americans at the end of February to continue to travel domestically and go on with their normal lives. And they did. Millions moved across the country, cellphone data shows. Some unknowingly carried the virus with them.

As people traveled into and out of the United States, cities like New York turned into a massive hot spot for the virus. Once the reality of the situation was acertained by government leaders, they tried to mitigate the situation by restricting travel.

By the time President Trump blocked travel from Europe on March 13, the restrictions were essentially pointless. The outbreak had already been spreading widely in most states for weeks.

Today, after we were starting to see serious progress towards gaining control over this public health crisis, we are now seeing a rapid increase in cases across the South and Southwest as the country has begun to open up. Who could have predicted that? While other developed countries in Europe have effectively brought their COVID situations under control, the United States is now seeing an alarming rise in cases. What an embarrassment.