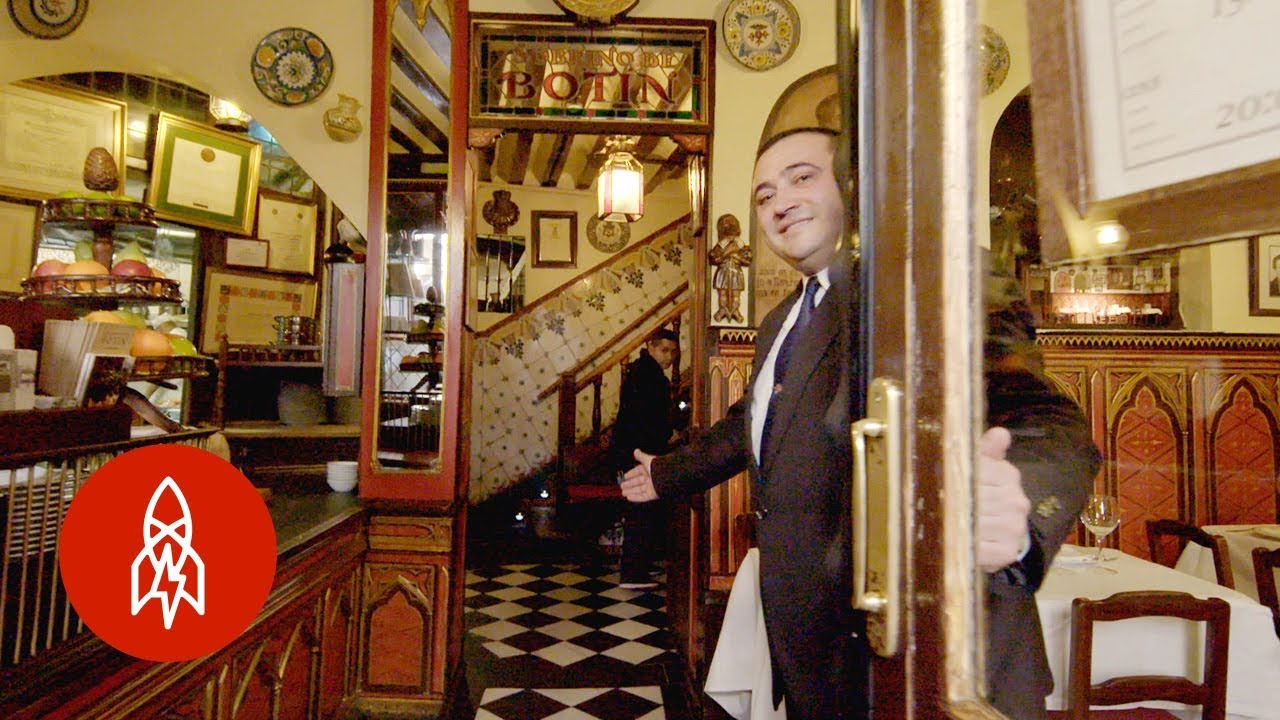 Boti­n Restaurant of Madrid, Spain has been in continuous operation since 1725.  It’s wine cellar dates from 1590 – the latter part of the Reconnaissance and not too long after DaVinci and Michelangelo were alive.  The say they have kept the fire burning in the oven 24.7 for those same 293 years, which seems a slightly outrageous claim but who am I to question it?  Their signature dish is a suckling pig roast and I bet it is spectacular – however, I’m not sure I could eat that dish with a pig’s head staring at me

JULES: I just don’t dig on swine, that’s all.
VINCENT Why not?
JULES Pigs are filthy animals. I don’t eat filthy animals.
VINCENT Yeah, but bacon tastes good. Pork chops taste good.
JULES Hey, a sewer rat may taste like pumpkin pie. But I’ll never know ’cause I Wouldn’t eat the filthy motherfuckers. Pigs sleep and root in shit. That’s A filthy animal. I ain’t need nothin’ that ain’t got sense enough to disregard its own feces.

A photo set on Flickr of a bunch of old school video game consoles that have been left to the scrap heap.