Taken by yours truly. 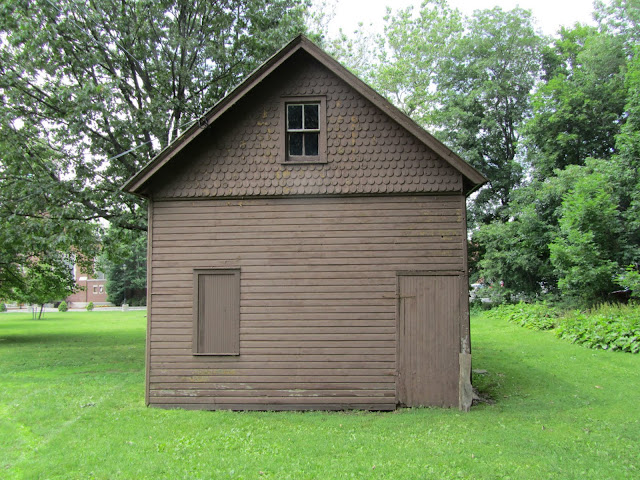 We were up in Caldwell, NJ this past weekend and stopped by Grover Cleveland’s birthplace. Took a few photos of the grounds including this barn in the backyard. In a related story, his ancestors are still bitter about having a rest stop on the NJ Turnpike named after him.

We took a day trip down to Point Pleasant, NJ today to enjoy the nice beach weather and some yummy ice cream.

Photo I took this weekend of a box of keys at the Golden Nugget Auction in Lawrenceville, NJ.

I also picked up a bunch of 2nd hand albums (5 for $10) including Foo Fighters, Pete Yorn, Moby, and Bryan Ferry,

You knew it was only a matter of time. The folks at Accessory Workshop (hailing from Paramus, NJ here in the Garden State) have developed the tyPad, a bluetooth keyboard and portfolio Case for your iPad. While this is not the iPad’s intended use case, this device does solve what I have heard is the biggest issue with the device…creating content. Having a keyboard is a nice addition for those “on demand” circumstances when you need one. This is especially true when you consider the iPad’s slick touch screen navigation combined with a keyboard (as demoed on their video). Nice work.

This Monday, I had the opportunity to play a round of golf at the Bayonne Golf Club. For those not familiar, Bayonne GC was built in 2006 on a plot of marsh and industrial land on NY Harbor. To say that Bayonne GC is a marvel of engineering and landscaping excellence would be a gross understatement. The irony of the experience is set in your arrival to the course. The approach to the club is an industrial road lined with warehouses and 18 wheel trucks. I felt like I was driving to meet Tony Soprano for the last time at one of his meeting spots. Yet, when you pass through the gates, you are enveloped by a winding road within a valley of dune grass covered hills. Within 15 seconds, the thoughts of those warehouses and Tony Soprano were gone.

The clubhouse was spectacular, with no expense missed to ensure that it felt like a place that was 150 years old, even though it was only 3 years old. There was the proverbial dark wood paneling, the wonderful old style locker room, the high backed chairs, and the comfy chairs and couches that you could get lost in.

The course itself and the experience of playing there was just amazing. On certain holes like #16, views of NY harbor and the Manhattan skyline were breathtaking. On many of the other holes, I really felt like I was on a course in the middle of the British Isles, with the rolling hills and links course layout.

My round was interrupted twice by some spectacular lightning storms, which definitely put a damper on the day (by the second interruption before the last 6 holes, I had checked out) but made for good entertainment while waiting in the clubhouse. But we finished the round and had a wonderful day. And, I actually played good, consistent golf for the first 12 holes. I really hope I get the chance to play there again with better weather. Above all else, what playing Bayonne did that no other course I’ve played has done (with maybe the exception of Blackwolf Run in Wisconsin), was make me appreciate the fun and experience of playing a round of golf.