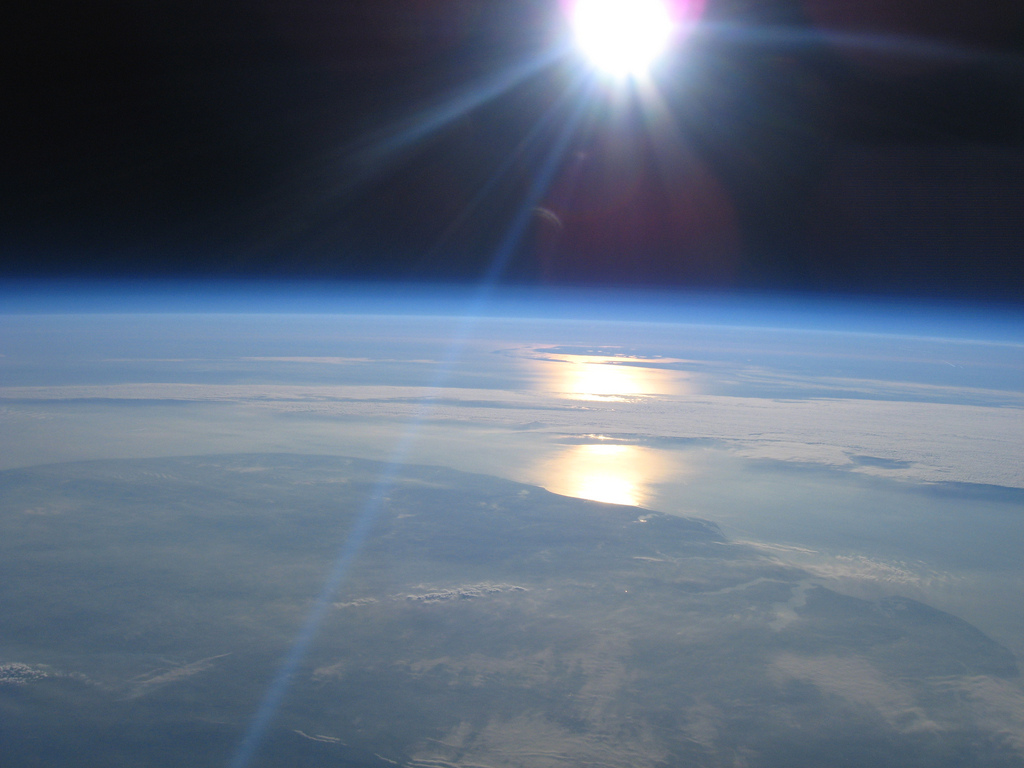 A man from Highburton, West Yorkshire, Great Britain takes pictures of space and Earth using a helium balloon and a Canon digital camera he purchased on ebay.

He buys weather balloons from a supplier in the United States; pictures from balloon-borne cameras long pre-date the space program. He uses an off-the-shelf GPS locator, which gets signals from U.S. satellites, so he can track the balloon on Google maps. He bought a Canon pocket digital camera (a model discontinued in 2008) and attached a circuit board so that it would take pictures every five minutes.

I have to say that this is one interesting bit of engineering, and the results are quite impressive. The photos are just as good as the ones from the NASA program.