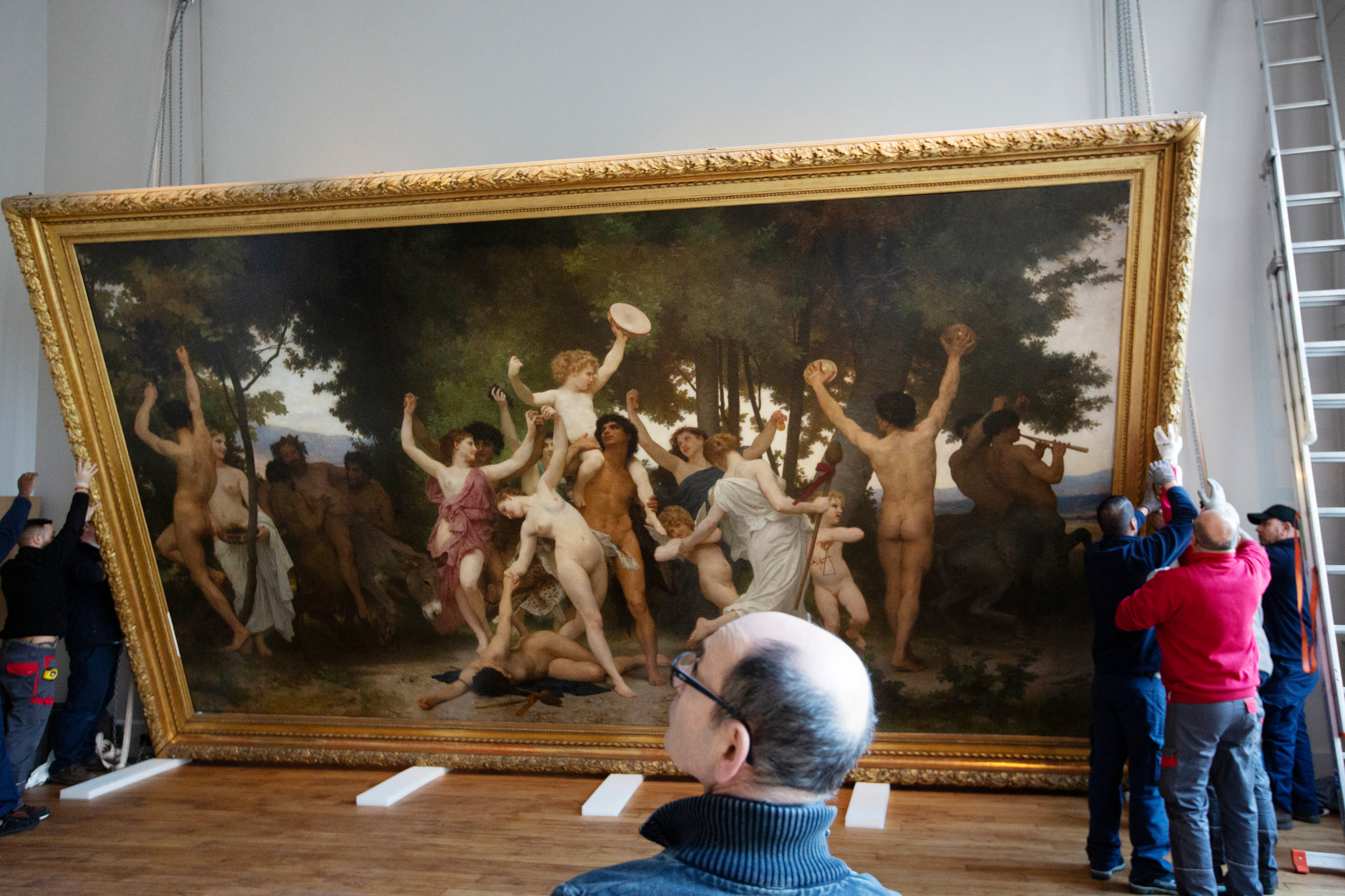 For 135 years, William-Adolphe Bouguereau’s “La Jeunesse de Bacchus” has essentially been in the same place, his former studio in the 6th Arrondissement in Paris. Over that time, it had been moved a total of three times for some exhibitions. Now, it has two more moves ahead of it as it is going up for auction at Sotheby’s in NYC. The first was to move it from Paris to the NYC auction house. And after that, it will need to be moved again to its new owner. The issue is that the artwork is 20 feet wide by 11 feet high, and one does not just pick up that sized piece of art off the wall – worth an estimated $25 – $35 Million dollars – and put it in the cargo hold on a plane to NYC.

Moving this master work the 3,625 miles from Paris to NYC is no small feat, requiring many skilled people with unique knowledge in art curation and conservation.

Over all, the job required around 20 people between the two locations, including a crane operator to get it out of the third-floor studio window and into a truck.

One of the conservators involved in the New York unpacking and restretching, Haley Parkes, called the whole process a “Bouguer-rodeo.”

What was interesting about this story was how the curators were able to skillfully remove this massive piece of work from its original frame and then roll it up on a massive cylindrical drum, all without materially damaging the artwork. The article notes that one of the reasons they were able to do this was because the artist used a very light amount of paint to craft the painting, which means that 135 years on, the paint was thin enough on the canvas that it would not crack when it got rolled up.

For comparison, imagine if a piece of work by Van Gogh was the same size and needed to be transferred to NYC. Van Gogh was known to use notoriously heavy amounts of paint in his works, and the prospect of rolling up one of his works would run the risk of severe damage to the aesthetic of the original piece.

The piece is available for viewing at Sotheby’s and is also featured on their website.