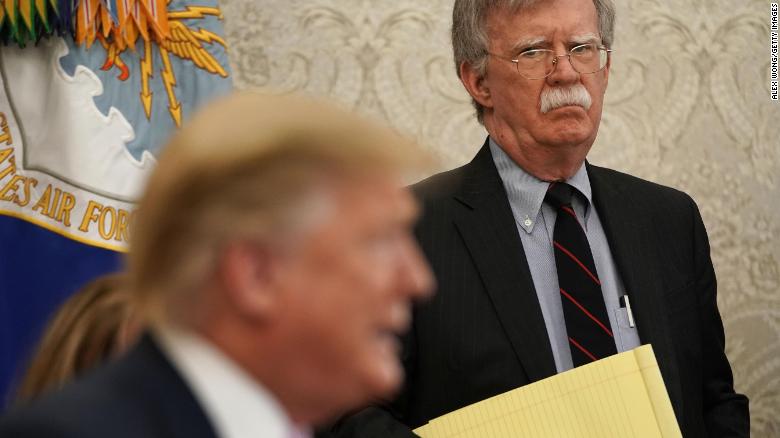 From Carl Bernstein (Yes, that Carl Bernstein) on CNN, an absolutely insane yet not at all surprising piece on 45’s phone calls with dictators and allies around the world:

One person familiar with almost all the conversations with the leaders of Russia, Turkey, Canada, Australia and western Europe described the calls cumulatively as ‘abominations’ so grievous to US national security interests that if members of Congress heard from witnesses to the actual conversations or read the texts and contemporaneous notes, even many senior Republican members would no longer be able to retain confidence in the President.

The insidious effect of the conversations comes from Trump’s tone, his raging outbursts at allies while fawning over authoritarian strongmen, his ignorance of history and lack of preparation as much as it does from the troubling substance, according to the sources. While in office, then- Director of National Intelligence Dan Coats expressed worry to subordinates that Trump’s telephone discussions were undermining the coherent conduct of foreign relations and American objectives around the globe, one of CNN’s sources said. And in recent weeks, former chief of staff Kelly has mentioned the damaging impact of the President’s calls on US national security to several individuals in private.

The calls with Putin and Erdogan were particularly egregious in terms of Trump almost never being prepared substantively and thus leaving him susceptible to being taken advantage of in various ways, according to the sources — in part because those conversations (as with most heads of state), were almost certainly recorded by the security services and other agencies of their countries.In his phone exchanges with Putin, the sources reported, the President talked mostly about himself, frequently in over-the-top, self-aggrandizing terms: touting his “unprecedented” success in building the US economy; asserting in derisive language how much smarter and “stronger” he is than “the imbeciles” and “weaklings” who came before him in the presidency (especially Obama); reveling in his experience running the Miss Universe Pageant in Moscow, and obsequiously courting Putin’s admiration and approval. Putin “just outplays” him, said a high-level administration official — comparing the Russian leader to a chess grandmaster and Trump to an occasional player of checkers. While Putin “destabilizes the West,” said this source, the President of the United States “sits there and thinks he can build himself up enough as a businessman and tough guy that Putin will respect him.” (At times, the Putin-Trump conversations sounded like “two guys in a steam bath,” a source added.)

Just as a reminder, a summary of how the Senate voted during the impeachment proceedings earlier this year. (Remember that?)