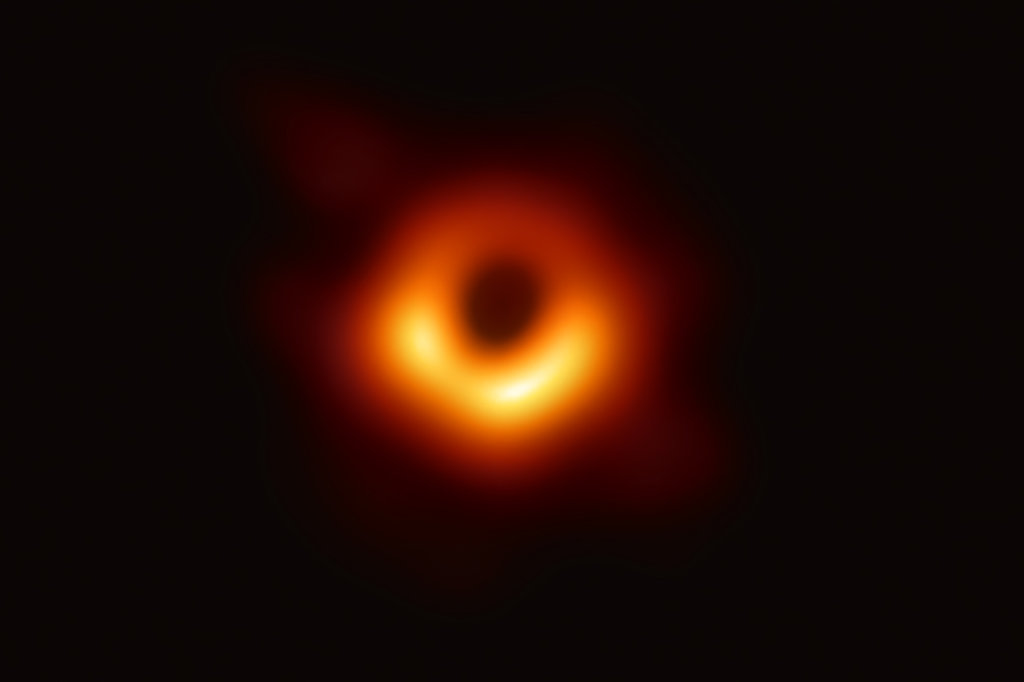 The Event Horizon Telescope, named for a Black Hole’s point of no return, was able to capture the first image of a actual Black Hole, with the help of several other telescopes around the world and a multitude of scientists.

The image, of a lopsided ring of light surrounding a dark circle deep in the heart of the galaxy known as Messier 87, some 55 million light-years away from here, resembled the Eye of Sauron, a reminder yet again of the power and malevolence of nature. It is a smoke ring framing a one-way portal to eternity.

Mr. Overbye from the NY Times does a spectacular job of explaining the science behind the discovery and the overall process that scientists used to get to this point. I highly recommend reading the article in full.

The methodology and approach used to make this discovery essentially was a massive ‘proof’ that Einstein’s theory of releativity is accurate beyond any sort of reasonable doubt (if there ever was any doubt). His theory basically stipulated that gravity has the ability to warp time and space, and black holes are the result when that warping becomes so powerful that nothing can escape it.

The actual image of the black hole was interesting and revealing, compared to depictions in popular culture, in that surrounding the black hole is a ring of matter and energy so powerful that it is glowing “like the Eye of Sauron” as Mr. Overbye described.

The process the scientists used to capture and evaluate the images was really interesting – they basically used a multitude of telescopes around the world in a manner similar to how a computer engineer would use mulitple servers in tandem to creat a powerful super-computer. In an irony that illustrates the limitations mere mortals on Earth have, the volume of data and images captured by these telescopes was so massive that it could not be transmitted over the internet, and in turn had to be put on massive discs and shipped to a few labs around the world for analysis.

Plans are to keep monitoring this, and other, black holes over time and observe any changes or differences in behavior.

This sort of visual discovery opens up so many questions in my mind. What would happen, in the unlikely scenario where a living being would be able to pass through that “Event Horizon”? What is behind it? Would it act as a portal and transmit things somewhere the way it was depicted in the movie Interstellar? Or, as science defines, would it simply evicerate anything that comes close to it? Stuff like this is so interesting and facinating.