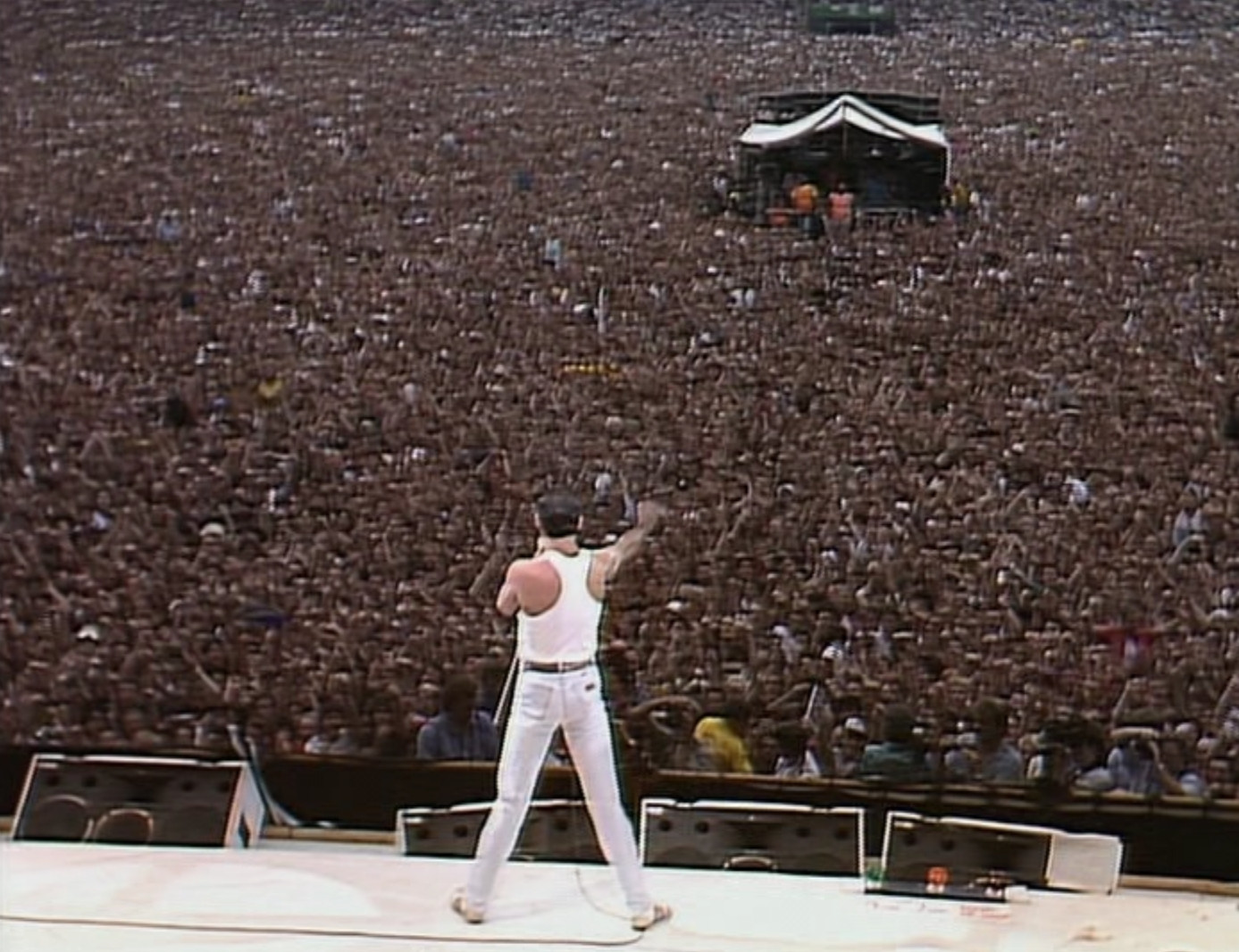 Live Aid was a seminal day and event in rock and roll history that has been discussed and analyzed numerous times over the 35 years since it took place. What is amazing to me about Live Aid is that it went from hair-brained idea to seminal, once in a lifetime event in just about a year.

Live Aid, which took place on July 13, 1985 for a global audience of 1.9 billion people, was a massive, bi-continental pop concert created to raise money for Ethiopian famine relief. It was the brainchild of Bob Geldof, leader of the Irish new wave band The Boomtown Rats. Geldof was spurred to philanthropic action after seeing a BBC report in October 1984 that featured footage of starving children. His first thought was to make a charity single.

Of course, Live Aid wasn’t just about fundraising. It also had to be a great show—or else why would people bother to watch it in the first place? As it happened, the day was filled with memorable performances on both sides of the Atlantic. The consensus pick for Live Aid MVP is Queen, whose 21-minute Wembley set included “Bohemian Rhapsody,” “We Will Rock You,” and “We are the Champions.” Mercury “strutted and preened, carrying his microphone on a metal pole that he treated as a vaudevillian’s cane, an air guitar, and, of course, a phallus,” The New York Times wrote of Mercury’s performance. “He was a rock star playing a rock star, leather-lunged and imperious but also grinning to let everyone share the joke … For 21 minutes, Freddie Mercury undeniably made the world his stadium.” In 2005, Queen’s Live Aid set was voted the greatest rock gig in history by a panel of music industry experts.

The diversity of the acts that performed during the Live Aid concerts in Philly and London was a downfall of the event, but it was not for a lack of trying. While it was an important day for artists like Run-DMC, other larger black artists such as Michael Jackson, Diana Ross, and Prince declined to participate. Hindsight is 20/20 and I am sure there were things that could have been done to get a more diverse palette of artists to perform. The impact that the event had on Run-DMC was real and was an important opportunity to expose a worldwide audience to the emerging ‘hip hop’ genre of music.

As a teenager in the middle of high school when this event took place, I will never forget spending that Saturday watching the concert unfold. It was an amazing thing to witness live and I only wish I could have been there in person in Philadelphia.