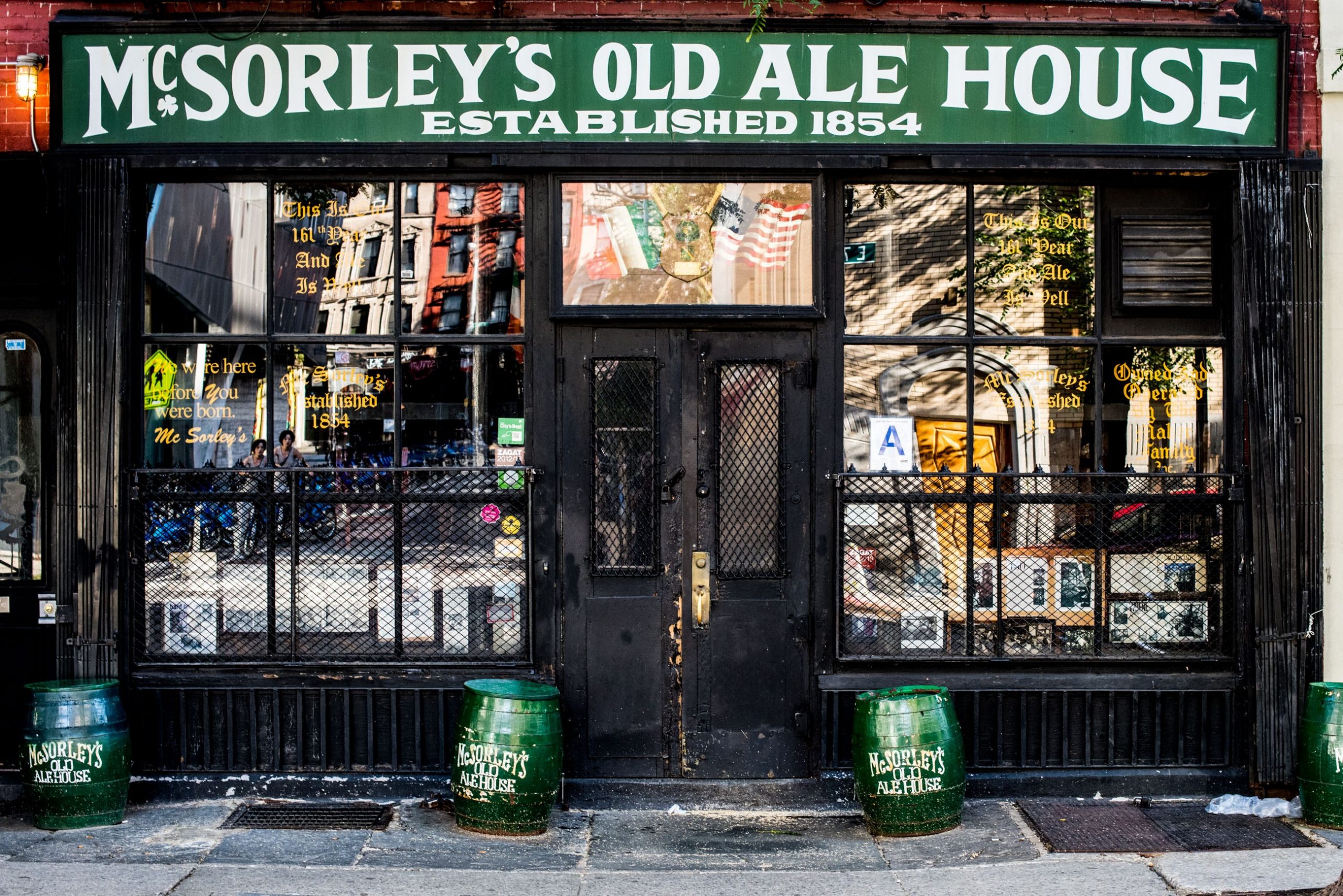 An article from yesterday’s NY Times titled Comfort From the Cold Winds about the one and only McSorley’s brought a little tear to my eye. It also reminded me that I need to get back there soon. It has been way way too long, my old Irish friend.

Beyond the greatness of the bar, it’s beer, and it’s unrivaled atmosphere, McSorley’s great little secret has always been it’s food. After several lights or darks with your oldest drinking buddies (or the newest ones you just met after being thrust down at one of those scarred wooden tables), bellying up for the McSorley’s burger & steak fries would make the same meal at Five Guys or Smashburger seem downright partisan. I’m not saying it’s the greatest meal you will ever have, but paired with the atmosphere, it is tough to beat.

Whenever I knew there was a “McSorley’s Virgin” in the mix, I would always push the Mustard and Saltines hard. The presentation of the Mustard was always something to behold. It was just slopped into a extra beer mug, filled halfway, with a flat wooden spoon and crusted mustard on the lip of the mug. Hardly sanitary but it just fits so well sitting there in the middle of the ancient, spilled upon wooden table. Having the mustard for the first time was a true initiation into the wonder and old time history of the bar, as the article so eloquently puts it:

Go easy with that tub of yellow mustard. It’s full of Colman’s, and a heaping spoonful of this British staple can unleash a saloon brawl on your tongue.

One last McSorley’s memory to share: I was there many moons ago with several friends from my undergraduate days at Syracuse. I think that visit to McSorley’s was part of a bachelor party. As can only be done at McSorley’s, we ended up sharing a table with some intimidating looking, leather clad bikers. Several fists full of lights and darks later, one friend of mine was going toe to toe in a drinking contest with the biker dude introduced to us as “Porkchop”. It was just a beautiful scene.