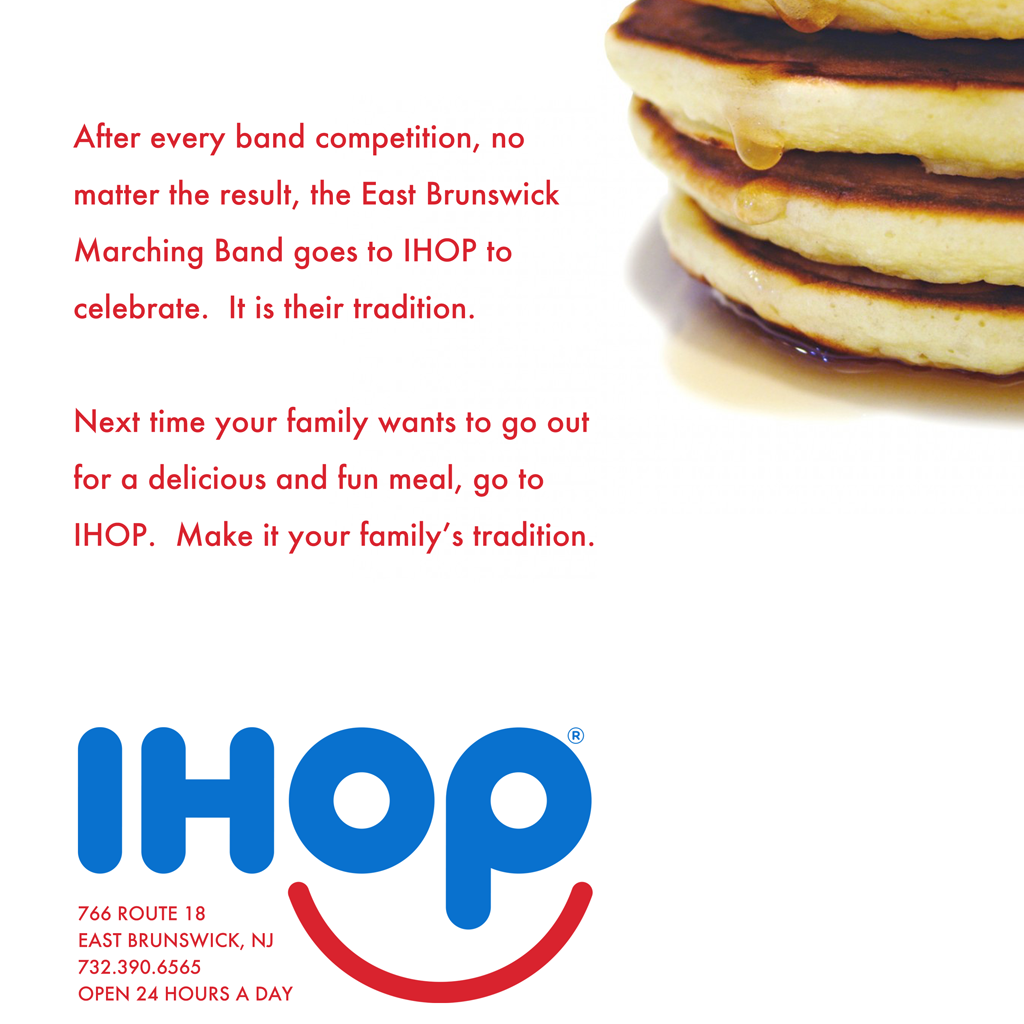 The local IHOP was interested in running an ad in the East Brunswick (NJ) High School Marching Band program for an event held in October, 2015. The IHOP did not have any design resources available so I designed a full page ad for them that ran in the event’s inside front cover (I also was in charge of creating the Band Event’s program).

The students of the E.B. Marching Band has a tradition of going to this IHOP after every band competition they compete in (usually on Saturdays in the Fall). So thinking of that tradition, and the audience that would buy the program (parents and friends of the bands from the 16 competing schools), I tied together the tradition the EB Marching Band has with the idea of having IHOP being a fun family tradition for people.