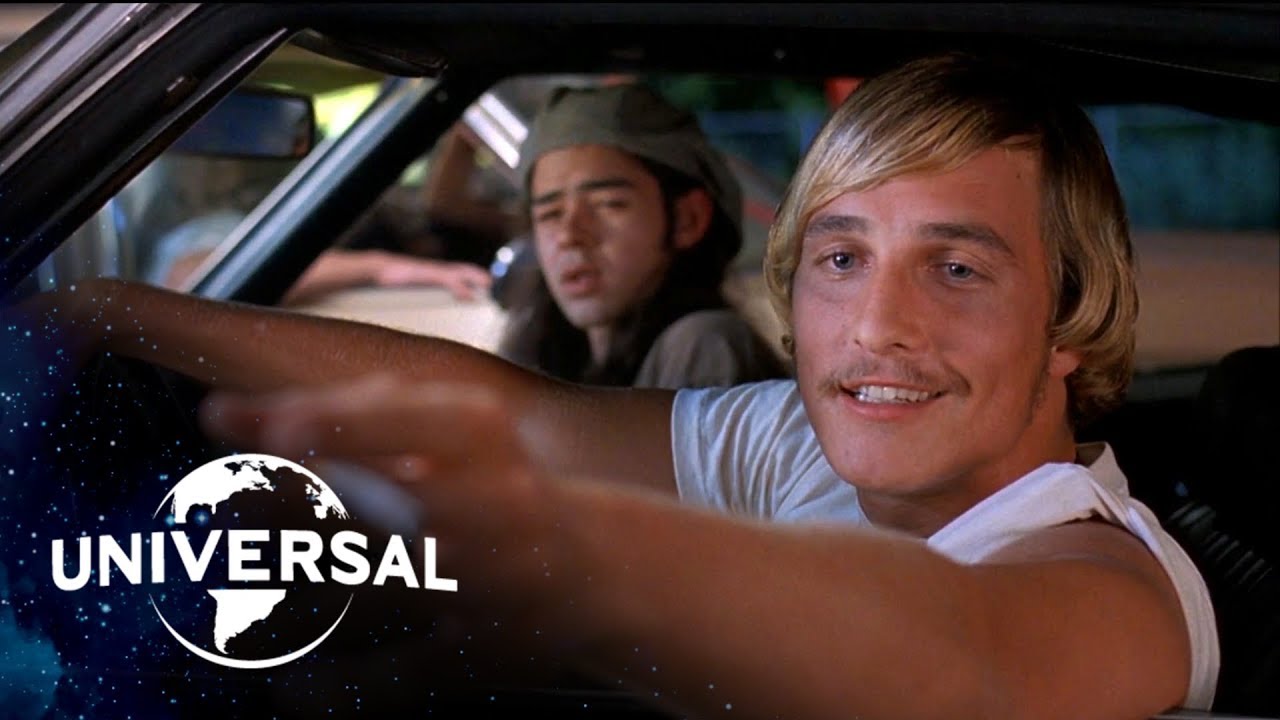 A ‘supercut’ of all the iconic scenes that Matthew McConaughey was in from the movie “Dazed & Confused”. I re-watched this movie a few months ago and just loved every scene that Wooderson was in. I wanted to be there. I wanted to hang out with him. He jumped off the screen.

The backstory of how he got the role is pretty awesome, as detailed in this excerpt from his recently released book Greenlights. To his credit, it wasn’t the ageless ‘Alright, alright, alright’ scene that he keyed on when reading the script – since it was essentially improvised and didn’t exist in the script. He focused in on, in my mind, the even more iconic line:

“That’s what I love about these high school girls, man. I get older, they stay the same age.”

The whole scene when he is hanging out at the drive in with the guys, hanging on the wall, just dripping ‘cool’ is fantastic. He owned every piece of that scene, culminating in him delivering that line. The back story on how he thought through how he was going to present Wooderson for that scene is great:

Wooderson was 22 years old but still hanging out around the high school. That line opened up an entire world into who he was, an encyclopedia into his psyche and spirit. I thought about my brother Pat when he was a senior, and I was 11. He was my big brother, my hero. One day, Pat’s Z28 was in the shop so Mom and I were picking him up from high school.

We were slowly pulling through campus in our ’77 wood-paneled station wagon, Mom driving, me peering out the window in the back seat. Pat was not where we had planned to meet him.

Turning my head to look left and right and then out the back window, I saw him about a hundred yards behind us, leaning against the brick wall in the shade of the school’s smoking section, one knee bent, boot sole against the side of the building, pulling on a Marlboro, cooler than James Dean and two feet taller.

“Ther — !!” I started to shriek, then caught my tongue because I realized he’d get in trouble for smoking.

That image of my big brother, leaning against that wall, casually smoking that cigarette in his low-elbow, loose-wristed, lazy-fingered way, through my romantic 11-year-old little brother eyes, was the epitome of cool. He was literally 10 feet tall. It left an engraved impression in my heart and mind.

And 11 years later, Wooderson was born from that impression.