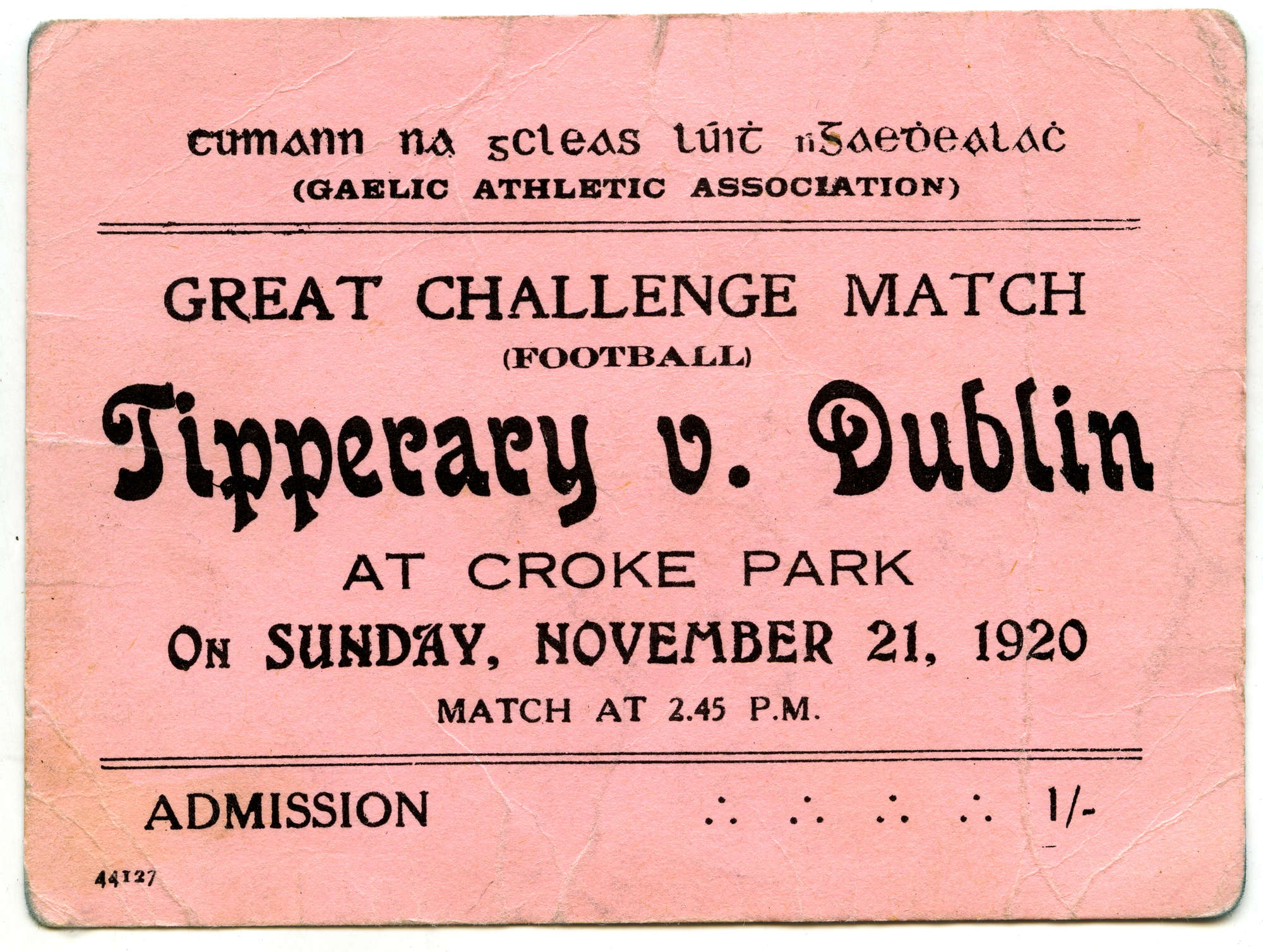 Recently, and over the next few years, there will be several centennial anniversaries related to the Irish War of Independence that took place roughly 100 years ago (1919-1921) and was led by Irish heroes like Michael Collins. A key event during that difficult time was the Bloody Sunday massacre that took place 100 years ago this past Saturday, November 21st. It was on this day where people attending a Gaelic Football game at Croke Park in Dublin were attacked by British operatives in retaliation for the death of 14 British intelligence officers earlier that day at the hands of the Irish Republican Army. Charles Piece wrote a great piece at The Defector detailing what happened:

Dublin was on edge. That morning, in a coordinated attack, guerrillas under the command of IRA leader Michael Collins fanned out of the city and systematically decapitated the British intelligence apparatus in the Irish capital. In a single operation, the IRA killed 14 people it had identified as British intelligence operatives. It was one of the most decisive episodes in the War of Independence that had begun in 1919 and it shook the British government in Ireland to its core. Suspicions arose that the gunmen may have planned to melt into the crowd at Croke Park; the GAA was born out of the same burst of Irish nationalism that eventually would lead to the Easter Rising and the birth of the IRA. (In fact, historians now believe that John McDonnell, the goalkeeper of the Dublin side, had been involved in the killing that morning of two British intelligence agents before showing up to play the match. That is one rich, full day.) The money raised at the challenge game would go to a fund that supported the families of Republican prisoners still held in British jails.

At Croke Park on the afternoon of November 21, 1920, about five minutes after the game had begun, the attention of the spectators was drawn by an airplane that circled above the stadium twice and then fired off a red flare.

As if it were a signal, which it likely was, the police and soldiers surrounding the neighborhood stormed into Croke Park through its southwest gate and opened up on the crowd with rifles and revolvers. When the killing was done, 14 people were dead. They included three schoolboys—10-year-old Jerome O’Leary, 11-year-old William Robinson, and 14-year-old John William Scott—as well as Jane Boyle, a 26-year old who was planning to be married later that week, and Michael Hogan, a Tipperary player who was killed while crawling to cover. Somewhere between 60 and 100 people were wounded.

On that fateful Sunday 100 years ago, the final four teams that had survived the Gaelic Football playoffs were Dublin, Mayo, Tipperary and Cavan. And wouldn’t you know that fate would mess with us 100 years on.

The biggest of the planned centenary commemorations, some of which had been in the works for years, were downsized or outright canceled because of COVID-19. But the games went on, sans fans and English soldiers. And from the just-completed quarterfinal round of the GAA’s All-Ireland tournament (an annual competition that grips the nation and is played exclusively by amateur athletes representing their home counties) it appears that the Gaelic football gods remembered what happened all those years ago. The four sides that advanced over the weekend to next month’s semifinals—Dublin, Mayo, Tipperary and Cavan—are the exact same quartet that made the semis in 1920, the year of the bloodbath.

The 2020 Gaelic Final Four semi finals will take place the weekend of December 5-6 and the Championship will be held on December 19.