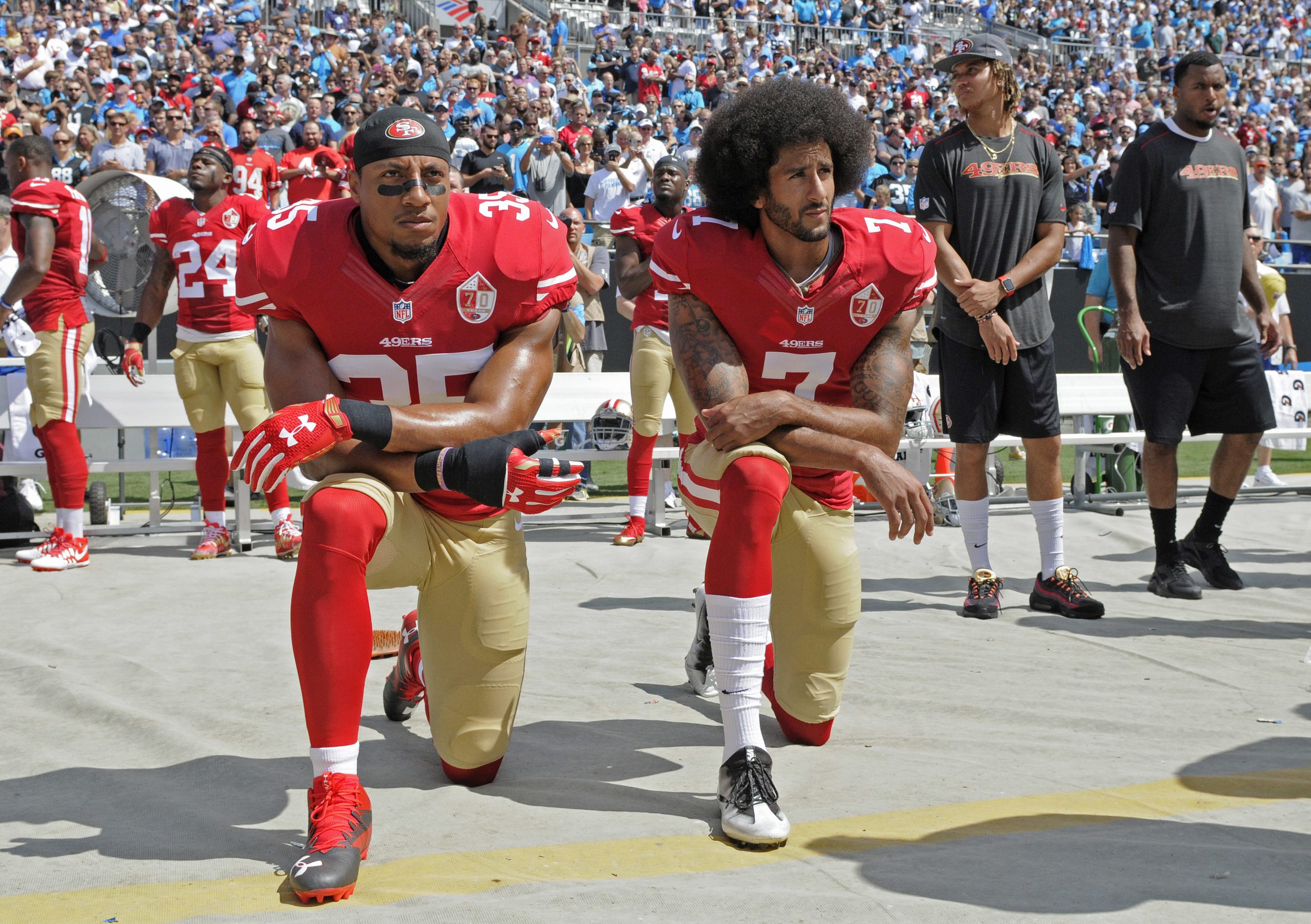 When Colin Kaepernick took a knee during the singing of the National Anthem across the 2016 season, the NFL turned a cold shoulder and let him flap in the wind. The league has never admitted as much, yet it is so clear that is what happened as the fine folks at The Ringer have clearly articulated, down to the detail about his playing performance (which admittedly did tail off but was still better compared to other QBs signed in the past few years).

And so it took a course of inaction. The NFL never suspended Kaepernick; the quarterback simply never found his way onto a roster in 2017, 2018, or 2019. This inaction pissed just about everybody off. Kap’s supporters were convinced that he had been blackballed from the league, while President Donald Trump urged his base to stop watching NFL games and in 2017 called protesting players “sons of bitches.” Commissioner Roger Goodell spoke publicly about the importance of having “different viewpoints” while reportedly “looking for a way for the protests to end.” Last December, Goodell told media that the league had “moved on” from Kaepernick.

Fast forward four years to 2020, where a string of police brutality cases capped by the death of George Floyd led the NFL and their ‘silver spooned’ commissioner Roger Goodell to release an awkwardly crafted video that basically admitted that Kaepernick was right. Yet they didn’t have the guts to call him out by name.

There was just one error with the NFL’s approach: Kaepernick was right. The league seemed to think that it could ignore police brutality simply because it had “moved on” from Kaepernick, but police officers kept killing Black people. Hundreds of American cities have held Black Lives Matter demonstrations following the police killings of George Floyd and Breonna Taylor, and kneeling has become one of the international symbols of the movement. Public opinion has shifted. In 2016, Kaepernick was villainized for protesting during the anthem; in 2020, Drew Brees was villainized for saying he would “never agree with anybody” who protested in that way.