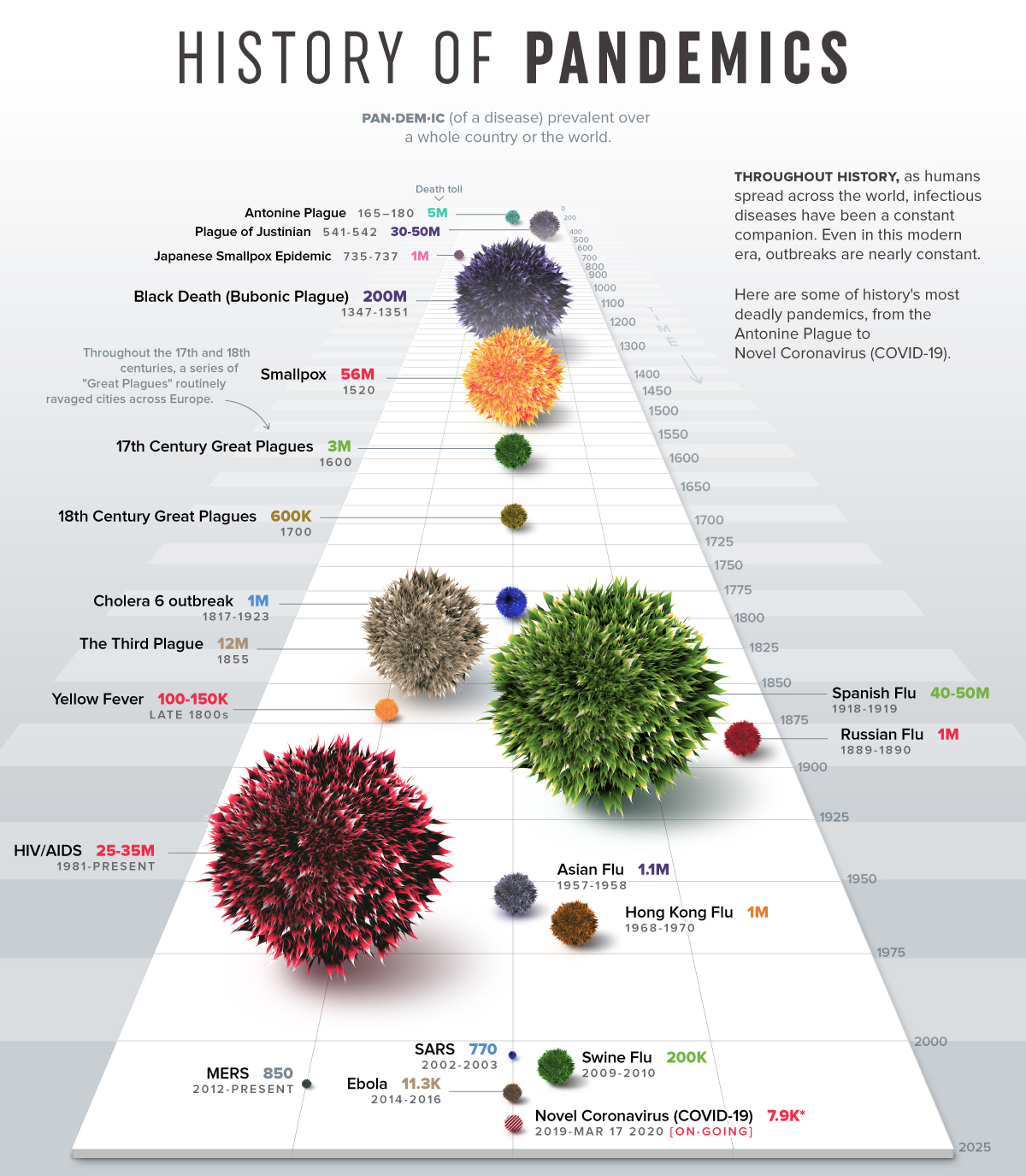 Great visualization and fact based article detailing some of Earth’s most significant pandemics, going all the way back to Justinian in the 5th Century. While we are in the early stages of the CoronaVirus (COVID-19) and we have yet to determine the long term human impact of this outbreak, this visual does put it in perspective compared to the Black Death/Bubonic Plague of the 1300’s and the Spanish Flu of the early 20th Century.

What is interesting as noted in the article is how the rise of urbanization, globalization, and the ease in which society can now travel around the world has been a key driver of the spread of pandemic incidents:

We arrive at where we began, with rising global connections and interactions as a driving force behind pandemics. From small hunting and gathering tribes to the metropolis, humanity’s reliance on one another has also sparked opportunities for disease to spread.

Urbanization in the developing world is bringing more and more rural residents into denser neighborhoods, while population increases are putting greater pressure on the environment. At the same time, passenger air traffic nearly doubled in the past decade. These macro trends are having a profound impact on the spread of infectious disease.

As organizations and governments around the world ask for citizens to practice social distancing to help reduce the rate of infection, the digital world is allowing people to maintain connections and commerce like never before.