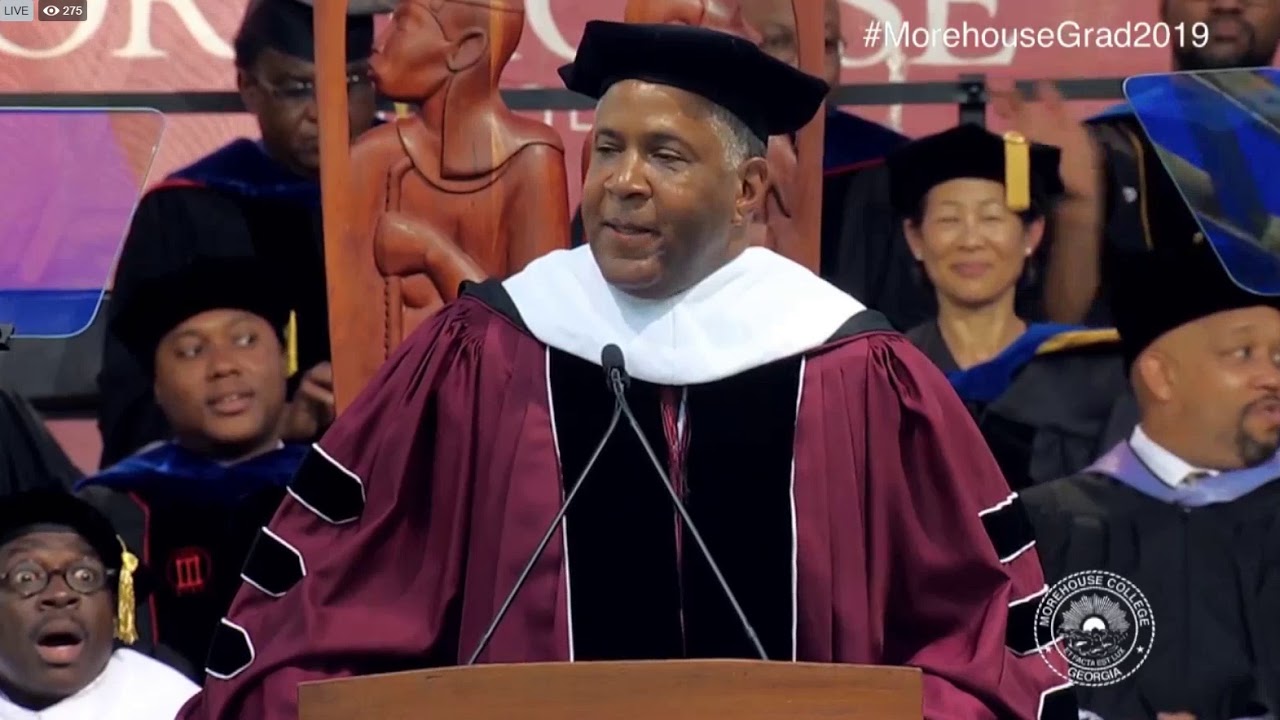 Ample discussion has been had over the past several years about the vast income disparities that are present in the United States, and I’m not going to get into differing opinions on how best to address the issue – other to say that it is an issue. If you don’t believe it is an issue you are willfully ignoring the facts.

I happened to read about two decisions that were made this weekend that really hit home in terms of how folks in the 1% choose to spend their vast sums of money. Some pay it forward. Others pay for rabbits.

On one side, you have Mr. Robert F. Smith, the CEO of Vista Equity Partners who was the Class of 2019’s commencement speaker at Morehouse College. During that speech, he announced that he would cover all the student debt for every person graduating that day.

So the cynic in me will think that there has to be a catch or there is some way that Mr. Smith will come out financially ahead on this deal – through the PR or some debt to equity play – but that is irrelevant. The bottom line is that he is fundamentally changing the lives of every person in that graduating class by covering their student debt and getting them off on the right foot as they enter ‘real life’. It was estimated that the total bill would come to $40 Million. For a man of Mr. Smith’s means, that is a rounding error. This is an amazing gesture and I sincerely hope that it starts some sort of trend.

And then on the other side of the aisle, you have Mr. Robert Mnuchin – yes, Steve’s Daddy – who dropped $91 Million on a metal rabbit designed by Jeff Koons.

A shiny stainless steel sculpture created by Jeff Koons in 1986, inspired by a child’s inflatable toy, sold at Christie’s on Wednesday night for $91.1 million with fees, breaking the record at auction for a work by a living artist, set just last November by David Hockney. Robert E. Mnuchin, an art dealer and the father of Treasury Secretary Steven Mnuchin, made the winning bid for Mr. Koons’s 1986 “Rabbit” from an aisle seat near the front of the sales room.

When put side by side, the optics of that rabbit purchase just looks so frivolous. Actually, looking at that purchase alone makes it look frivolous. Imagine if the elder Mr. Mnuchin took that $91 Mil and helped out some other graduating class? Or put that pocket money to some other use to help people. Something to think about.