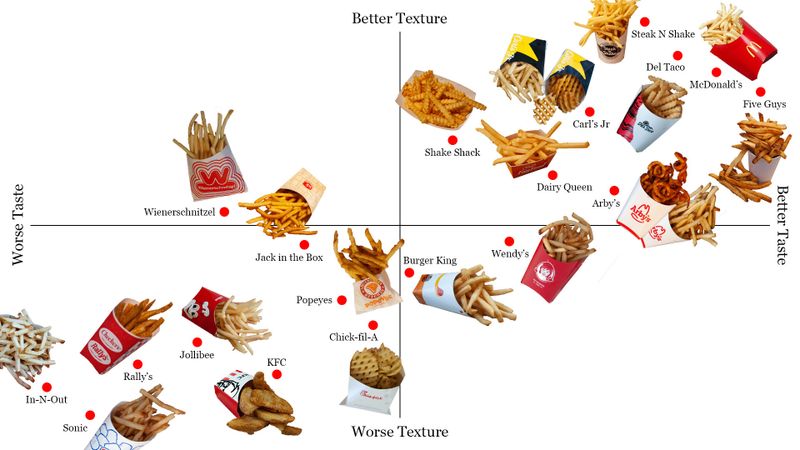 A definitive ranking of french fries from a wide variety of fast food franchises (national and regional) from the Los Angeles Times. I am in staunch agreement with the top ranking that they gave to Five Guys french fries. They are just the best.

Not only is Five Guys No. 1, but it’s also so far ahead of everyone else it’s almost unfair. You get a generous heap of hot, properly salted, natural-cut spuds, with a good balance between crispy fries and the odd one that’s pleasingly soft. Five Guys fries in peanut oil, which imparts a milder taste than more industrial oils that mask potato flavor. These were the fries that tasted most strongly of tuber.

While the list is comprehensive and very well researched, there are a few items and omissions that need to be called out.

Now, if you will excuse me, I need to go get some dinner at Five Guys.