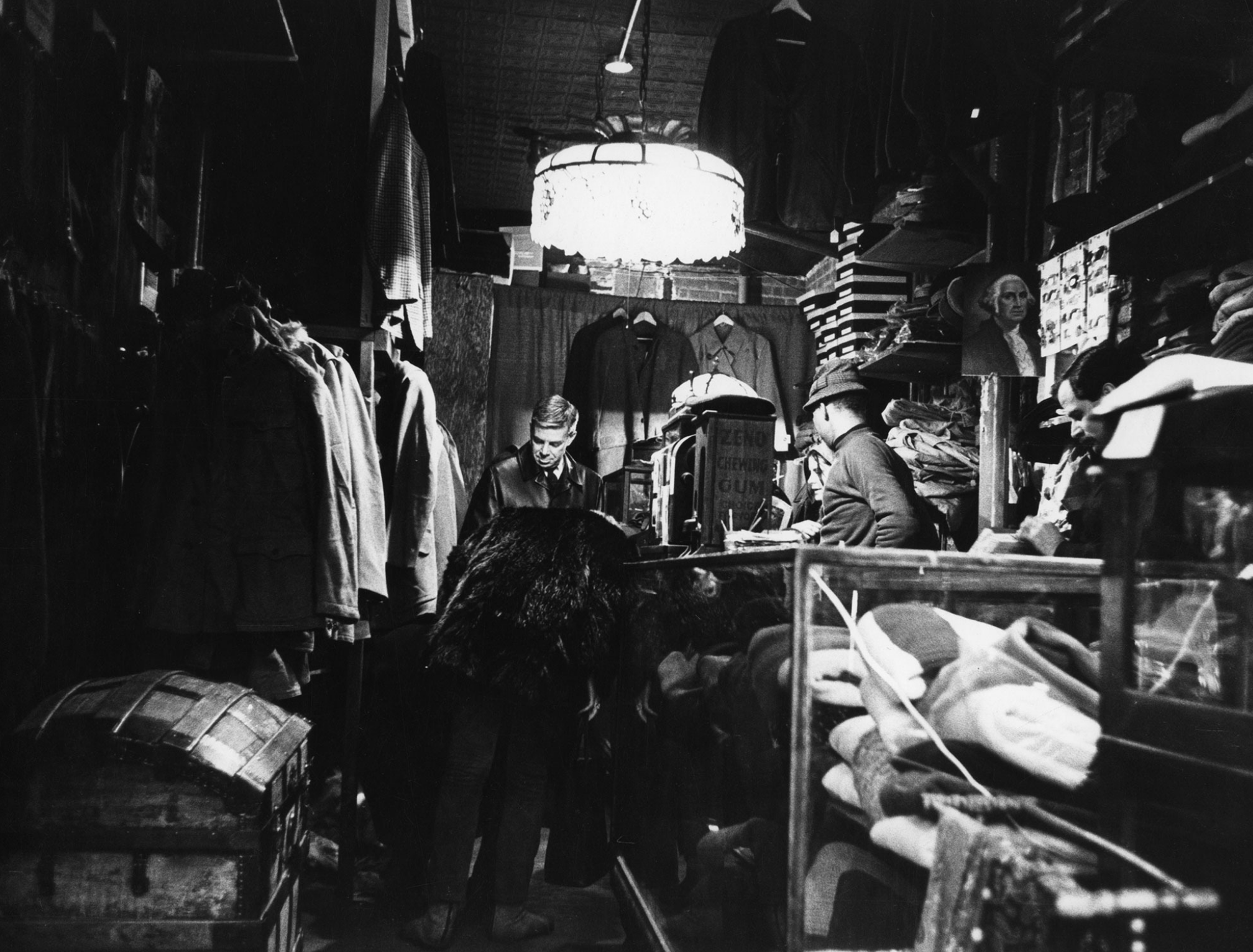 Throughout all the big fashion forward cities around the world such as London, Paris, San Francisco, and New York, vintage clothing stores are a staple of inspiration and innovation. Back in the 1960s, an epicenter of vintage clothing stores was on St. Mark’s place in NYC, and the store that led the way was Limbo, which opened in 1967 and hung around until 1975.

Part of the 1960s cultural rebellion, then, involved calculated grubbiness. Teenagers allowed tangles in their hair and old, frayed clothing on their bodies. They picked up old chairs on the street and bought worn-in jeans. This lifestyle was environmentally friendly, it was cheap, and it scandalized adults win, win, win. The trend peaked in New York in the late 1960s, and the flagship store was a place called Limbo.

Through the years, St. Marks Place has continued to hold on to its gritty and bohemian roots yet as Manhattan continues is march towards becoming the Mall of America, the ability for vintage clothing stores to survive sky high rents becomes a challenge. However, what is far more interesting is how with the passing of time, the mantra “they don’t make ’em like they used to” is becoming a stark reality in the vintage trade.

As Laver’s Law says, the clothes from about 30 years prior amuse us the most. What’s not the same is that in the 1960s, 1930s clothes were unique and made from high-quality materials; in the 2010s, 1990s clothes are, like, Express baby doll dresses. The higher-quality old stuff is in shorter supply, and so it’s become more precious and much more expensive. To a dance once in junior high school, I wore a perfect-condition 1950s pink tulle party dress, purchased on or near St. Marks for, as I recall, $5. I just looked on eBay for something similar; the price point was around $125.

So keep a hold of those old, vintage threads from the 1950s and 60s. They are becoming rare and highly sought after!