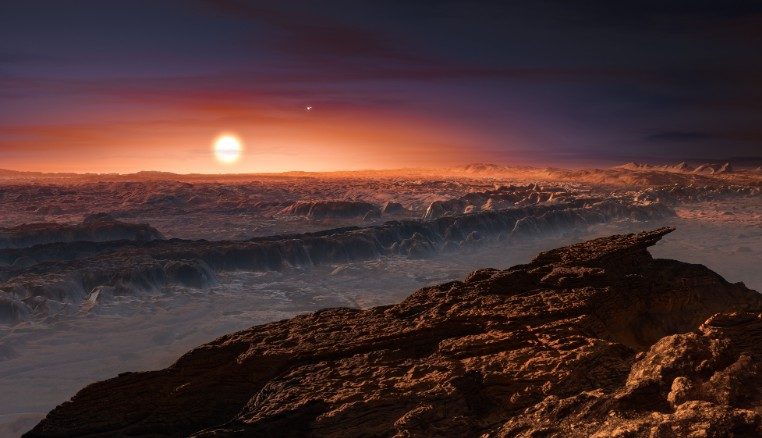 What makes the discovery so cool is it appears that Proxima b has the type of climate that could support life. It has a climate that is extremely similar to the climate here on Earth, mainly because Proxima b is located within the ‘habitable zone’ that surrounds it’s star (Proxima Centauri). This is very similar to how Earth is in the ‘habitable zone’ that surrounds our star – the Sun.

Given the fact that Proxima b is within the habitable zone of its star, meaning liquid water could exist on the surface, it may also be the closest possible home for life outside of our solar system, the researchers said. Because of its location, the researchers hope that it provides an opportunity to “attempt further characterization via ongoing searches by direct imaging and high-resolution spectroscopy in the next decades, and possibly robotic exploration in the coming centuries.”

This next paragraph reads like something out of the movie “Real Genius“, where it’s minimizing in an uber-scientific way the “short” distance between Earth and Proxima b

Proxima b is a mere 4.2 light-years away from our solar system, or 266,000 times the distance between the Earth and the sun, which are 92.96 million miles apart. Previous rocky exoplanet discoveries, like those orbiting ultracool red dwarf star TRAPPIST-1, were described as close at 40 light-years away.

Being that it is only a mere 4.2 light years away, it’s only fitting that Elon Musk get moving on a Space X roadtrip to this planet.