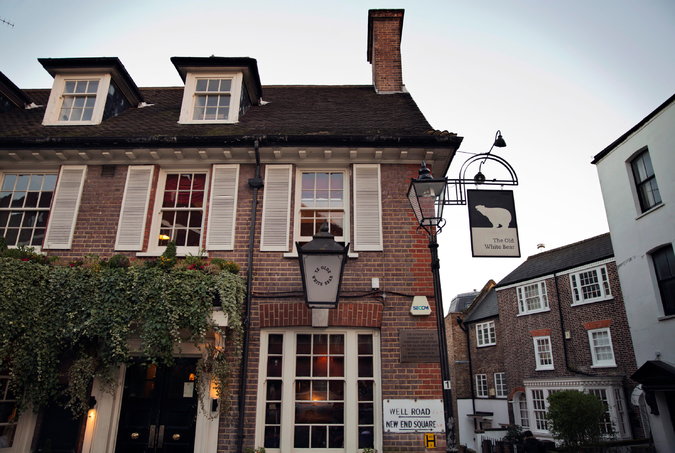 Over the past 20-25 years, cities around the world have been under assault from the “Starbucks Effect”. You know what that is…when you are in a city on the other side of the country or the world, and all you see are generic Starbucks Coffee shops on every corner. It makes you wonder why you even took the trip? The serendipity of discovery in a new city has yielded to the presence of the multi-national franchised brand. Years ago, going to a different city (here in the States or Internationally) enabled you to truly soak in the unique flavor and atmosphere of that region. Without a doubt, that experience is still present around the world, yet it is discernibly muted when there is a Starbucks on “every” corner, and popular brands everywhere else.

Media outlets like the NY Times have written about how a pillar of British culture, the local pub, is being impacted and becoming (gasp) an endangered species (be sure to read the reader comments). I’m heading to London later in the year, for the first time in more than 15 years, and I’m worried about what I’m going to find there. When the NY Times is writing about it, you know it’s a thing, while frequent visitors to worldwide cities know that this is just a piece of a much bigger transformation.

When I traveled to Paris and Amsterdam in 2014, what stunned me was not the prevalence of US brands in those cities (Starbucks, McDonald’s, etc) but how packed they were with French and Dutch customers! I mean, here we were in Paris, the city that practically invented the sidewalk café, and yet the franchised, vapid, American Starbucks Coffee (sacrebleu!) was packed. Parisians, who have such legendary disdain for America’s lack of culture, seem ready willing and able to fully embrace these American brands (Let’s not lose sight of that irony).

This is not even an International transformation either. Today’s NYC is a shell of it’s gritty, former self. I regularly, and ironically, refer to it as “The Mall of America” due to the prevalence of so many brands and franchises that you find in the strip mall landscape of suburban America. The truly unique elements of what made NYC so special (how many folks under 25 know how big a deal CBGB’s was?) have been rapidly eroding. At least McSorley’s is still around!

The irony of all of this is that when a country, city, town, neighborhood does want to keep hold of it’s independence, keep it’s unique cutlure intact and forge it’s own path (see: Britain, Brexit), the world freaks out because of the financialization of the Global economy. To be clear, I don’t think Britain leaving the EU is the right thing to do, but my broader point is that the desire of cities, countries, and neighborhoods to keep control of their own path is up against some monumental headwinds.

Clearly, we are living in a vast multi-national world today that is much different than it was 20, even 10 years ago, and it is one that continues to evolve rapidly – train has left the station, the toothpaste is out of the tube, so to speak. That is something we should all welcome and embrace. But with all that is changing, let’s not lose sight of those true, unique attributes of a neighborhood that make it special!

Image and ‘motivating article’ via the NYTimes.com