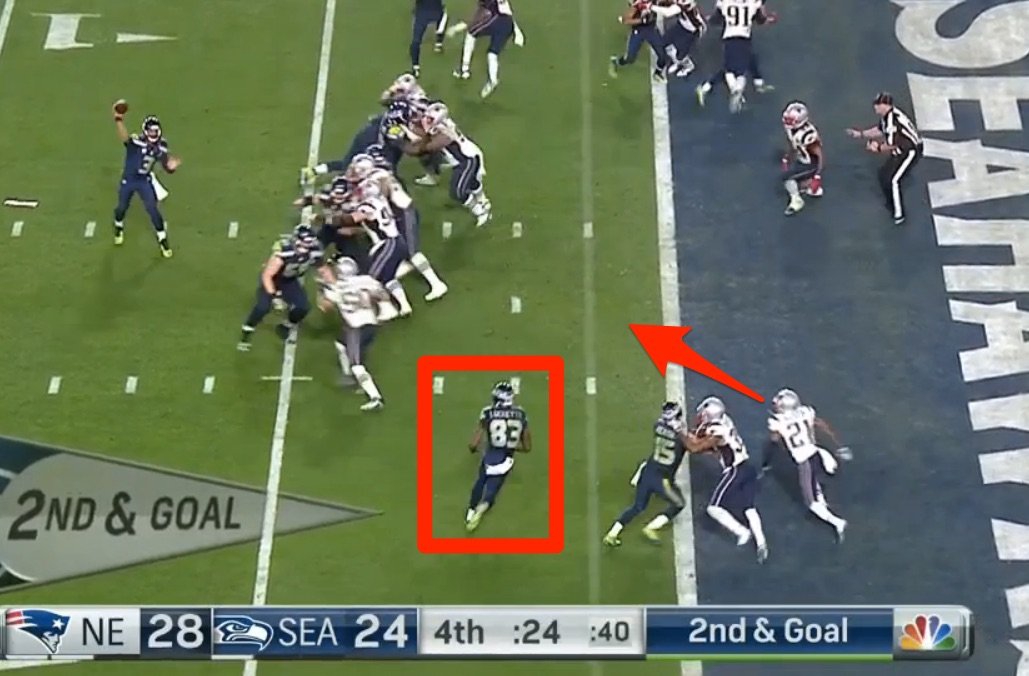 Not much to say other than just an incredible game and an amazing play by Malcolm Butler at the goal line in the final seconds. Everything leading up to that play was bringing back bad memories of the last two Super Bowls that the Patriots had played in and lost. The late score by the Pats to take the lead, the other team driving, the Pats having them down to a 3rd down, a circus catch (!!!). Russell Wilson and Eli Manning have very similar ‘pull horseshoes out of their butt’ tendencies to win big games and appeared to be going to a bad place we have seen before. I was just praying something would break for the Patriots and thankfully, the Seattle coaching staff over thought the situation and made an epic-ly bad decision.

I happened to see this photo below of Richard Sherman and Tom Brady seconds after the game concluded. Not sure who took it but it’s an amazing shot.