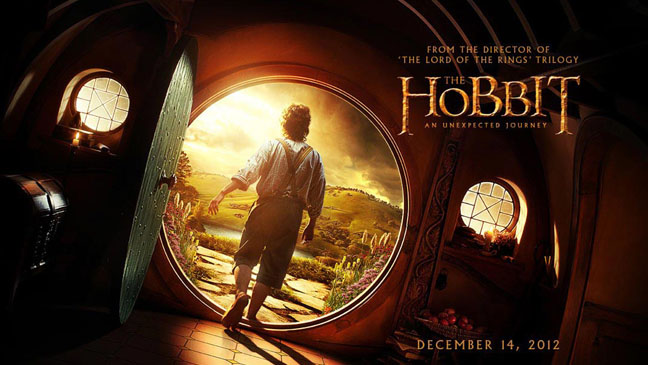 On top of the general buzz about Peter Jackson’s latest Middle Earth project The Hobbit, slated to be released in December, film geeks and insiders are chattering about the way Jackson is filming the legendary Tolkien story:

The four-day [CineEurope 2012] conference, aimed primarily at European theater operators, kicked off with exhibitors and distributors hearing that the filmmaker’s decision to shoot his fourth J.R.R. Tolkien adaptation using 48 frames per second rather than the current 24 fps (25 in some parts of Europe) will cost them more. Still, exhibitors have largely signaled that they want to show the hotly anticipated movie.

Filming at that quick a frame rate will bring out much richer detail and color to the movie, so long as your local theater has the proper equipment to show it at that frame rate. And it is in this “last mile” of the content delivery where things break down.

Many local theaters can’t handle this frame rate, although the big studios like Sony and Warner Bros are rapidly upgrading theaters they own. The movie studio will have to distribute multiple versions of the film to accommodate all theaters that can’t handle this. And while filmmaking at the higher FPS rate may be a big deal in Hollywood (i.e the movie industry) however I have to wonder how big a deal this really is to the general marketplace?

I would argue that today’s theater user experience is not materially better than watching it from your couch on your big screen TV. So will the opportunity to watch a movie like The Hobbit at a higher frame rate and quality of picture really drive a materially significant attendance lift in the general marketplace? I am skeptical.

But movie theaters and the studios will have to come up with something. The relevance of the movie theater is tied to their ability to deliver a far superior film consumption experience (and I don’t mean by the amazingly annoying and overpriced trend of delivering fried food to my seat). And as we all know, that is under intense pressure as the once exclusive distribution channels (i.e movie theaters) are no longer so, with so many folks consuming media in multiple form factors (HDTV, iPads, Netflix, Hulu, etc.).