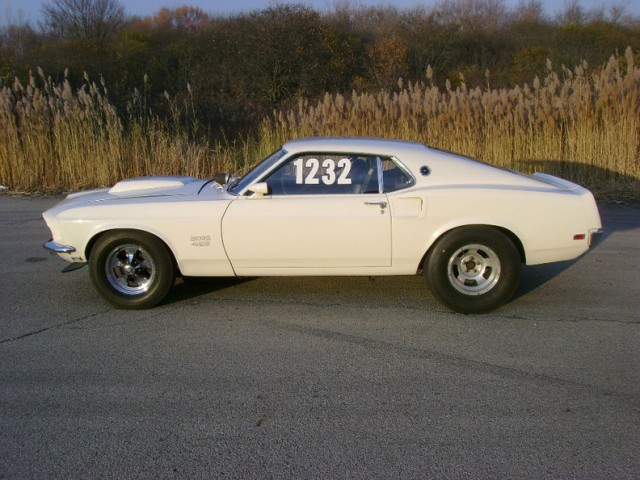 Atop the Mustang food chain that year was the legendary Boss 429, of which only 858 were built during the car’s two-year production run. Truth be told, these models weren’t even built by Ford, which already had a plate full of ongoing special projects. Instead, the build of the Boss 429 Mustang was farmed out to Kar Kraft.

Building the Boss 429 from a production Mustang was no minor task, since engine mounts, suspension mounts and even shock towers had to be moved to accommodate the 429 cubic-inch V-8. While rated at 375 horsepower for insurance purposes, it’s widely believed that the 429 cranked out closer to 500 horsepower in stock trim.

According to the article, the car is capable of breaking an 11.0 second quarter mile, which seems a little unrealistic to me when modern Corvettes can’t even break 12.0 seconds.