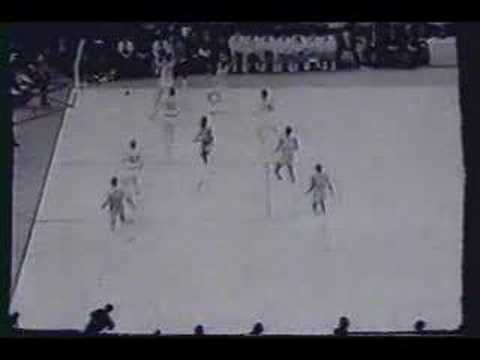 Yesterday Don Haskins passed on. “The Bear”, as he was known, was the long time coach of the University of Texas – El Paso or UTEP…the ultimate acronym team you did not your team to face in the NCAA Tournament. Back in the 1960’s, UTEP was known as Texas Western, and in 1966. “The Bear” coached Texas Western to an improbable run to the National Championship against Adolph Rupp and the University of Kentucky. What was significant about this game was that Haskins started five African-American players against the all white UK team. Similar to the day Jackie Robinson broke the color barrier in MLB, this championship by Texas Western was another monumental event in the history of our country during one of the most fractured times in our history. Yet, its a milestone that is not given the recognition it should receive. Haskins himself said it best:

“I just played my five best players” Haskins once said in recalling Texas Western’s stunning 72-65 triumph over Kentucky. “In my mind, kids were kids, and I had some that could play.” But Haskins pointed to more than the national implications of that victory. When he was elected to the Basketball Hall of Fame in Springfield, Mass., in 1997, he said: “Ten of the 12 players on the team got their degrees. And every one of the players have made successes of their lives.”

He didn’t care what color their skin was. He cared about who gave his team the best chance to win. Haskins coached TW/UTEP for 39 years and had a winning record 32 of those years. He sent several players to the NBA including Tim Hardaway and Antonio Davis. But what was more important was how he molded his players.

If you get the chance, rent Gloryroad, the 2006 movie starring Josh Lucas, Derek Luke, and Jon Voight. It isn’t the best sports movie you will see, but it does a nice job of documenting the significance of that victory.