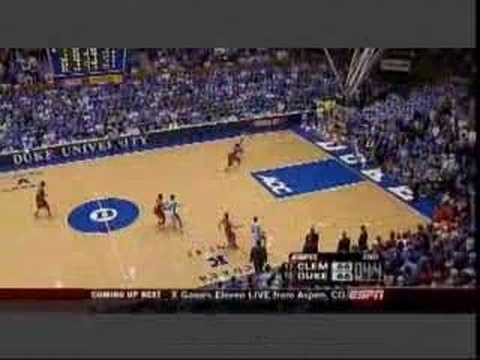 A couple of nights ago, Duke beat Clemson at Cameron Indoor on a last second play that was very controversial because the refs screwed up the clock management at the end of the game, giving Duke additional time to score (which of course they did) and win the game.

So watching ESPN this evening, as always, they over analyzed the play and asked Jay Bilas, a Dookie from the late 1980’s and their college basketball analyst, to provide commentary. And what did he do? He defended the refs! He had the audacity to imply that Duke would have won no matter how many seconds were on the clock and that Clemson never could have won the game.

Are you kidding me? How can you imply that? The ref’s screwed up. Duke got away with one. Just admit it.

Naaah, no bias towards Duke from that journalist.