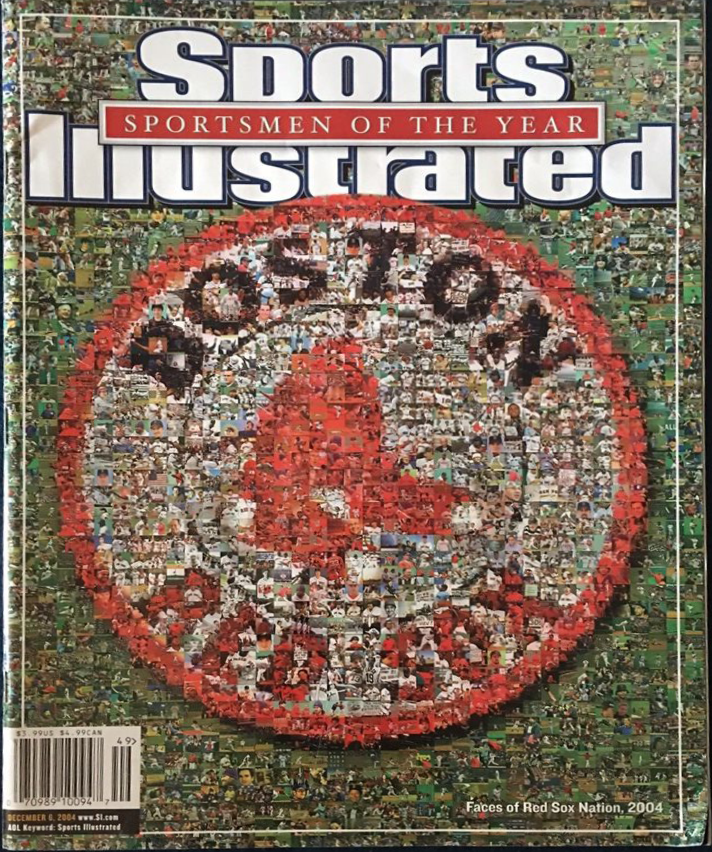 In a seemingly fitting end to a magical baseball season in Red Sox Nation, Sports Illustrated has named the 2004 Red Sox their Sportsmen of the Year for their improbably and spectacular run to the franchise’s first World Series win in 86 years. We just can’t get enough of this story!! The Red Sox have now been on the cover of Sports Illustrated six times during 2004 and it will be seven when their year end Sportsmen issue hits newsstands soon. The cover art is really cool and it is yet another publication that I will add to my collection of magazines, newspapers, photographs and lithographs that I have accumulated this year. Lets hope this off season is not too damaging and the Sox can make another strong run in 2005 into late October.