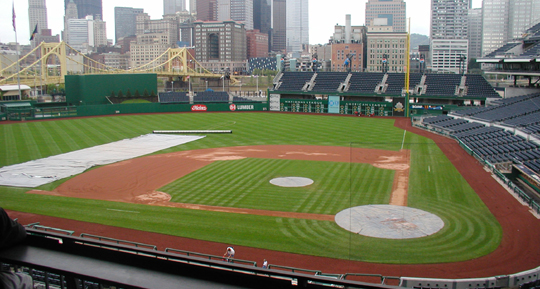 This week we took a trip out to Pittsburgh. While there, we took a tour of PNC Park, where the Pittsburgh Pirates play. I was even lucky enough to catch a game there with a couple of friends of mine from college.

Overall, I thought Pittsburgh was a really interesting city. There were many aspect of the town that I liked including the new stadiums they have for the Pirates and the Steelers. The houses in certain areas of the city were amazing. I could also tell that it was a city that had seen its better days and is now having a sort of resurgance. I hope it continues and I look forward to visiting the area again soon.